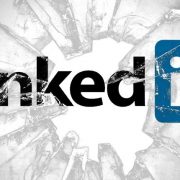 Tripwire has posted an article on LinkedIn’s technical troubles in there State of Security section. Hackers took down LinkedIn in 2012. It was a big deal then because they stole account credentials for 6.5 million users. The theft could easily have been prevented by simply salting the checksums but it was not.

Now, four years later, a hacker calling himself ‘Peace’ is offering credentials from 167 million LinkedIn accounts. Out of that number, he’s already cracked 117 million user passwords. At least some of the credentials have been verified, making this one of the largest hacks in recent history.

But will you hear about it on the news? Probably not. Attacks are so common now that few media outlets even investigate them. As a novelist I can’t help but wonder where this all leads.