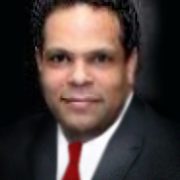 Walt has been the IT Staffing Manager for Children’s Hospitals and Clinics of Minnesota, the Customer Intelligence Leader for the Minnesota Historical Society, and what I’m going to tug at today, is the insight gained while under the title, Vice president Director of Business Intelligence, for Wells Fargo.

His expertise is broad, including program development with local and national scope. He has an uncanny ability to provide leadership through every stage of organizational maturation, and across multiple lines of business. 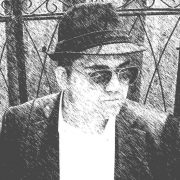 Nearly every technical piece of information included in my novels comes from online research and interviews with subject matter experts. Tyler L. Jones is what the trade calls an ethical hacker. He is a specialist in digital forensics. I his words that makes him a malware slayer and exploit hunter. In lay terms, he hacks computers and networks.

The character Billy, in High-Rise Crew Dirty Money, is also a hacker, someone Mr. Tyler would both admire and hunt. Billy writes code. Tyler is proficient in C++, Java and numerous scripting languages. He is adept in database manipulation including MySQL and Microsoft SQL. The character Billy is adept at penetrating firewalls. Tyler is a specialist in pen testing, which includes social engineering methodologies. Billy knows a dozen ways to attack an operating system. Tyler can do that too, but he also protects the OS, at least insofar as that is possible.

Among other skills, Tyler conducts threat modeling and intelligence gathering. He performs vulnerability discovery and assists companies with codification of intrusion prevention policies and procedures. If you need information systems audited, Tyler is your guy. He’s my guy too, because on top of all that he does, he is willing to be a subject matter expert for my novels.

Tyler’s major contribution will come in the second novel of the High-Rise Crew trilogy, Financial Insiders. I’m conducting research for that novel now. In this interview I tug at some of the challenges micro and small businesses face with security. We will touch on corporate firewalls in the novel, but the big guys have deep pockets and layers of protection. Many of my readers may not.

Rod and I first discussed collaboration in February of 2014. At the time I wanted only to do three thousand words on anything – his latest trip to Laos and Cambodia or the water projects he takes on in Thailand. I’d heard, and overheard, things about him while sitting on a stool at the Perfect Ash cigar bar. He has active projects in the Middle East, Eastern Europe and Southeast Asia. Pretty amazing content I thought, and interesting.

At first he regarded the request with suspicion, but three weeks later, he came back with questions. Why, for example, would I want to write about him? Who was I to ask?

Honestly, I was and am, nobody special. I write. Even worse, I practice at being a writer. I was not published except for short stories. So I was pleased when he agreed to give me an interview. That three-thousand-word article I wanted to compose became, in time, Trade Bangkok, an intriguing tale, if I say so myself, about a team of operatives and technicians tasked with enhancing the intelligence, surveillance and reconnaissance capabilities (ISR) of Thai authorities. Characters in the novel are inspired by real people in Rod’s life.

The reader should know that I thought about writing in the style of creative non-fiction. Because some of the stories cannot be told outright, I chose fiction. Sometimes it is the best way to get at the sum and character of a subject matter expert because I can include sections on what really happened along with sections on what that individual might do in the context of world events.

Through Rod I’ve met exceptional top-tier operatives with experience behind them they cannot convey to me, or anyone. Among them, former Delta Force logistics experts and operatives for the IDF. I’ve been corrected in my assumptions about drones by a test pilot of UAVs for the US Air Force. I’ve interviewed a man who served in special forces deployments for the US Navy and was, for a time, a guard at Guantanamo. How is it that I am so lucky? To this day I can’t answer that question. Amazing.